It’s been 20 years since I worked at the ABC owned and operated, KGO-TV in . As a young college graduate, I “cut my investigative teeth” in the newsroom for three years as a production assistant, enjoying the fast paced environment of meeting deadlines, breaking stories and working with a few ‘legends’ along the way. The memory of these former colleagues still makes me smile after all these years. The legends in broadcasting don’t necessarily seek legendary status, we simply bestow it on them because they are the folks who come into our living rooms each evening to share the day’s news with us and in a sense they become like family.

One of those legendary folks was anchorman, Pete Wilson. It was hard to miss Pete in if you’ve lived here for any length of time. He was on the air in and the Bay Area with an audience that spanned several decades and hundreds of miles of viewing area from the to Lake Tahoe to the border. J.D & I knew him while we were at KGO; specifically my role was as his production assistant for the 11 PM news. He was real newsman and a mentor for us both.

He passed away last Friday night after heart complications from a routine hip surgery. Pre-operative tests did not show evidence of the arterial occlusions that caused his massive heart attack on Thursday during his surgery. I can only imagine the efforts the medical team at made in their attempts to save him all through the night and the following day. His last television and radio broadcast Wednesday (the day before the surgery) were upbeat but maudlin at the same time. He discussed his own mortality and his fears going into this latest surgery. (“I am having hip replacement surgery tomorrow….I did this once before, 13 years ago when I was 49. This time I am driving myself nearly nuts with anxiety about this and I don’t know why…what’s different? …maybe it’s that I’m older and a lot closer to the tail end than the front…mortality is now an actual thought on occasion…) Through the personal reflection, he waxed humor about his Irish Catholic heritage and nightmare surgery stories being shared with him by folks at the gym. One can only feel a haunting sense of his own premonition while listening to the last hour of his broadcast Wednesday afternoon. I feel most sorry for his wife and son. Pete was 62 years young.

The Pete Wilson I remember loved to talk to people about everything. He was constantly engaged in what others were doing and loved to debate all the issues that he perceived important to the community. As much as he enjoyed celebrity, he never let it go to his head. Chapin Day, his close personal friend, colleague and family spokesman found a piece of hate mail from a viewer dated 1994, while cleaning out his office this week and wasn’t surprised by the fact that Pete had hung onto it all these years. He was simply self-deprecating and endearing while twisting your arm to see things his way. His passions were his family, golf, landscape painting and his career. It seemed he had finally found his niche returning to KGO after a 12 year run at KRON, settling back down at his old home, anchoring the evening news and hosting his own talk show on radio in the afternoons. Pete was a looming yet comforting 6’5 presence in the newsroom. Much like a teddy bear, he could easily turn into a hurricane if someone pushed his buttons. He was a pontificator always but seemed at ease both on and off the air. J.D. has a memory of being in the newsroom with him doing an interview about how broadcasters show their bias through their facial expressions, and Pete gave him an earful with both feet propped up on his typewriter and both hands behind his head. He wasn’t about being perfect or being pretty…he was about getting it right and making it interesting.

Pete Wilson was the first person who showed me how to golf. I was in my early 20’s and didn’t have a clue what I was doing. He had the patience of a saint and the competitive spirit of Russian gymnast. When he first arrived at KGO from Fox40 in , he was fish out of the river, arriving in the Tenderloin district, young, energetic, and a future bright with prospect. It was never a dull moment when Pete was anchoring the news. He could pontificate....all the way up to air time. Sometimes he was still talking when he got his cues and I wouldn't dare try to keep up with him on the teleprompter - because he would take off on a tangent that would completely mess up the back timing of the show and drive the producers nuts. When he got a bee in his bonnet, the best thing to do was sit there in amazement and watch him cut loose. He probably doesn’t realize what a news legend he had become to those of us who had the pleasure of working with him, and those who simply watched him on the air.

He was a fire cracker and we loved being around him. I can’t imagine the newsroom being the same without him there to fill the huge void he has left. Surely there are lush greens in heaven and perfect weather for golfing and painting. Mr. Wilson, you will be sorely missed.

Tammy Maher is a resident of El Dorado Hills and biweekly columnist for the Mountain Democrat. You can reach by email at familyfare@sbcglobal.net or on the web at familyfare.blogspot.com

Posted by Student Nurse at 1:00 AM 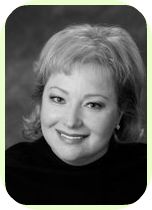 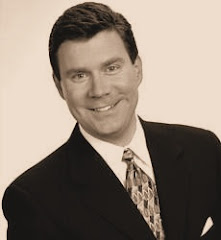 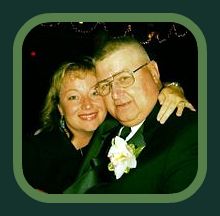